HFP BiVO4 crystal is used as water oxidation photocatalyst to achieve HFP for Solar energy storage and Hydrogen production, achieving STC(solar-to-chemical) over 1.9% and STH(solar-to-hydrogen) over 1.8%. Since this method is mainly similar to the process in agricultural farms, The idea is to grow crops on a large scale and harvest them as they mature, hence the team's name, "Hydrogen Farm." The "Hydrogen Farm" project needs to solve two key problems, one is how to achieve efficient photocatalytic water oxidation process, and the other is how to inhibit the reaction between oxidation and reduced species generated on the surface of the nanocatalyst.

At the beginning of the "Hydrogen Farm" project, Beijing Perfectlight Technology Co., Ltd. was entrusted by Academician Li Can's team to carry out the customized research and development of the reaction system of the project. The project has been accepted and fully put into use. 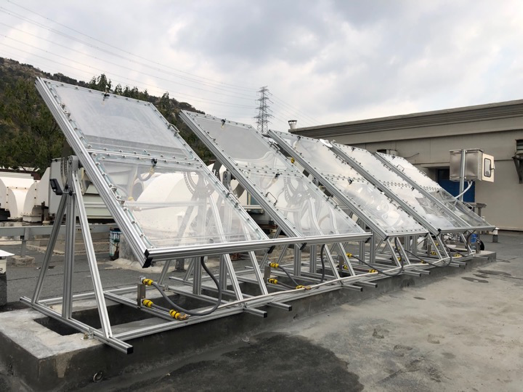 The direct sunlight array plate photochemical reaction system adopts array combination to build reaction area up to hundreds of square meters, which can monitor irradiance, ULTRAVIOLET radiation, irradiation total, pH value of solution, ORP (dioxygen-reduction Potential) and other parameters. In order to achieve the best effective light Angle, the bracket can be adjusted in the range of 20 ~ 70°. At the same time, it also has IP5 waterproof grade, weather resistance, temperature impact resistance and other necessary properties in outdoor use. 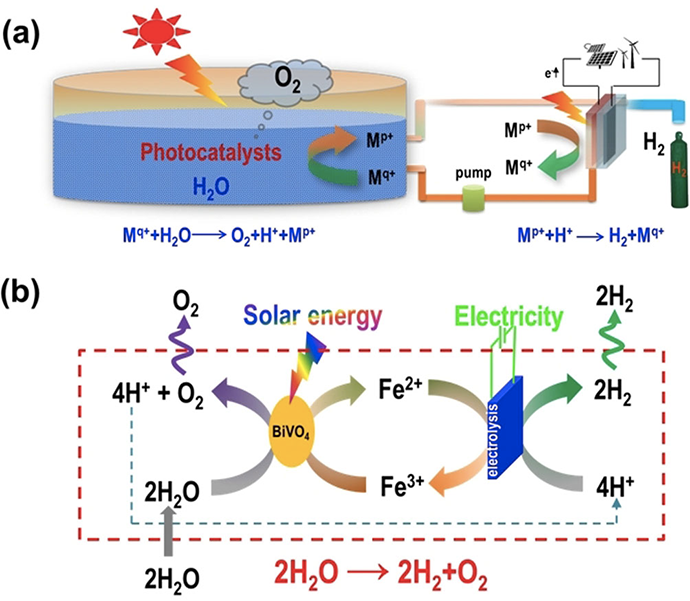 University of Tokyo Kazunari Domen team,The "hydrogen farm" was carried to Nature, and the safe operation of 100 m2 panel reactor array in several months was reported. Natural light was used as the reaction light source, and photocatalyst was sprayed onto the reaction plate. The maximum STH was 0.76%, which made it possible to produce clean energy by large-scale photocatalytic decomposition of water. 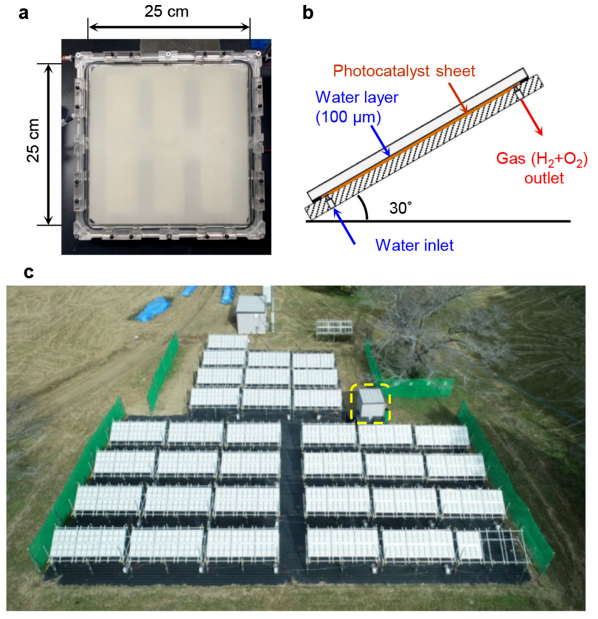